My Life in Words

A few hours ago I got to surf a slab named Dang Dangs. Dang Dangs is a shallow, meaty reef break that barrels like there is no tomorrow. It was small there, average waves about 2-3ft and clean. Dad and I paddled out after going back and forth from the Point to Dang Dangs. There were three other people out; a Dad from the East Coast with his two boys. It was inconsistent and slow, but the waves were fun when you got them. My first one was small, an easy takeoff, straight away I dragged my hand in the wall to slow down and get in the barrel. I didn’t manage to make it into the greenroom and got off the wave. My second one was a set. I was a little apprehensive about going, because it was my first time surfing there, but I did anyway. Again, it was an easy drop and I tried to get barrelled. Without success I pulled off the wave. We then got swarmed by stingless jellyfish. Some as big as a dinner plate. They were slimey and I kept throwing them at Dad. The surf wouldn’t be complete without a few fails. My first fail was quite complicated. I paddled and then something happened and long story short I got sucked over the falls head first. My second and last fail was quite painful. I took the drop and nosedived. My face hit the water surface hard and lets just say I’ve had a headache for the past few hours. 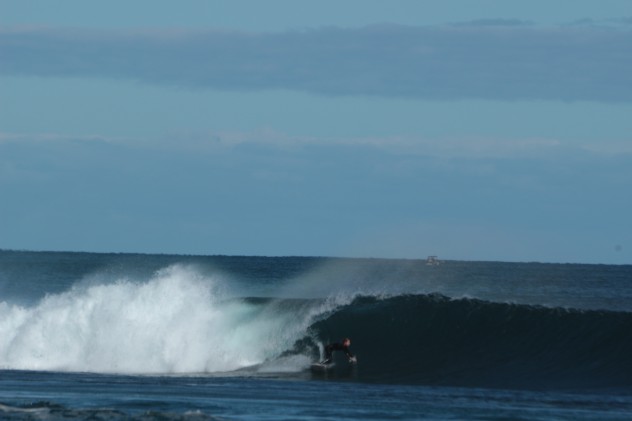 This was my second one at Dang Dangs. This was about as big as the waves got; around 2-3ft, not big, but fun.

Me and the Greenroom

Theme by Anders Noren — Up ↑